The Rabbit and The Broken Food Chain

Although we have all met virtually, I'd like to introduce myself! My name is Juliette, I am a third year Public Affairs major and Food Studies minor and I am on the UCLA women's rowing team. I am from Northern New Jersey (about 30 min outside of New York City), which is where I am currently quarantining. I have a major interest in all things food - mostly relating to the intersection of food, health, and sustainability.

I have found this class really fascinating so far because I did not have much background knowledge about the hox zodiac previously. I was born in 1999 and am the year of the rabbit. The rabbit’s diet consists of lots of greens, nuts, avocado, oatmeal, citrus fruits, and lots of spices. Besides the milk, cheese, and yogurt (I’m lactose-intolerant unfortunately) these foods make up a large portion of my diet. The rabbit also has a sour taste which I relate to - I love citrus, vinegars, pickles and other sour foods!

Rabbits are often used in the safety and toxicity testing of substances for drugs and medical devices. They are also used to produce antibodies, used to treat infectious diseases and immunology. This is especially important during the time of COVID-19 where there is currently a mad race for a vaccine. Rabbits have historically been used to help advance medicinal treatments and technologies such as the creation of the rabies vaccine and the influence of high cholesterol as well as many others.

The connection between humans and animals seems especially important to understand right now; the coronavirus is believed to have come from an animal (bat or pangolin?) at the wet markets in Wuhan. Not only is this virus a global health threat, it is having other implications on the natural world as well as our food chain. Many places on Earth are changing from the halt in global economies and pollutants such as the clear waters seen in the Venice canals, the clarity of the view of the Himalayan mountains from cities in India, and the increase in bear sightings in Yosemite National Park. The reduction in travel and manufacturing has reduced the amount of pollutants released into the atmosphere and water sources, allowing us to see the true impact humans have on the Earth. 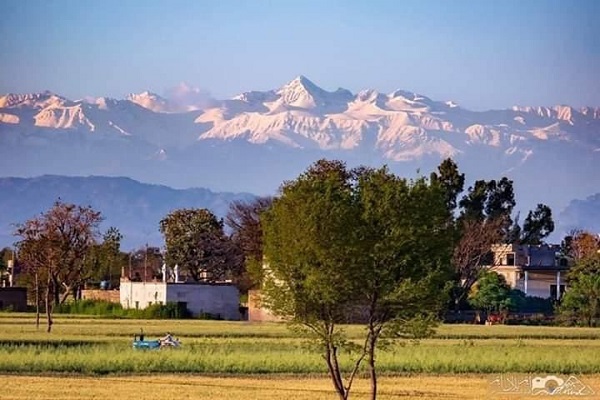 This pandemic has also broken parts of our food chain. Recently there has been news of major outbreaks of coronavirus in meat processing factories across the United States which has led to a meat shortage for consumers.

It is difficult not to acknowledge the unfortunate irony in this situation. This major global health crisis was likely caused by an animal being sold at a wet market which are often unregulated, unhygienic, and sell wild and exotic animals making for the perfect breeding ground for infectious diseases. The pandemic has now exposed the harms humans have been causing the earth and it has especially ravaged workers in meat processing plants forcing them to close, leading to a broken food chain. Cattle and animal farmers have now had to face the difficult question of what to do with their animals since they cannot be processed and sold; many of them are being killed. There is a clearly a much closer connection between humans and animals that is being amplified during the time of COVID-19.

Bringing us back to the hox zodiac and our relationship to animals. it seems as vital a time as ever for humans to stop acting as if we are the only species inhabiting the planet and pay respect to the other creatures living on Earth.