My zodiac sign is a dog, which shares an interesting cultural significance to my Korean heritage. South Korea has a long history of dog consumption which originates back to the first century AD, during the Three Kingdoms of Korea period. As an avid dog lover, I would always get very sad whenever I hear about this subject. According to the Korean Animal Rights Advocates (KARA), approximately 780,000 million dogs were consumed in 2017. In June 2018, however, a South Korean municipal court ruled that killing dogs for their meat illegal. I thought this part of Korea’s history and recent progression are fitting to the concept of Hox Zodiac: Eat or be Eaten and to meditate on our relationship with animals. I wanted to pay my offering to the dog in hopes to open a conversation about acknowledging human perception towards what animals we decide to eat and more importantly how such perception can change through discussion.

Domesticated dogs are largely carnivores that eat some omnivorous foods, just like humans. There are active discussions around whether dogs can remain healthy when fed only a vegan or vegetarian diet, but there is very little evidence that suggests they can. Therefore, I’ve to offer what my companion dogs love to eat the most from my own experiences: Korean barbeque. Whenever my family would eat Korean barbeque, we would always make sure to bring back the bones for our dogs, which they would chew on for days. I wanted to offer my Korean barbeque recipe as an offering and also to celebrate the long history of friendship between humans and dogs. According to Hox Zodiac, dog's diet mainly includes high protein foods such as beef, nuts, garlic, soy foods, and rice, which are all ingredients of a Korean barbeque meal. 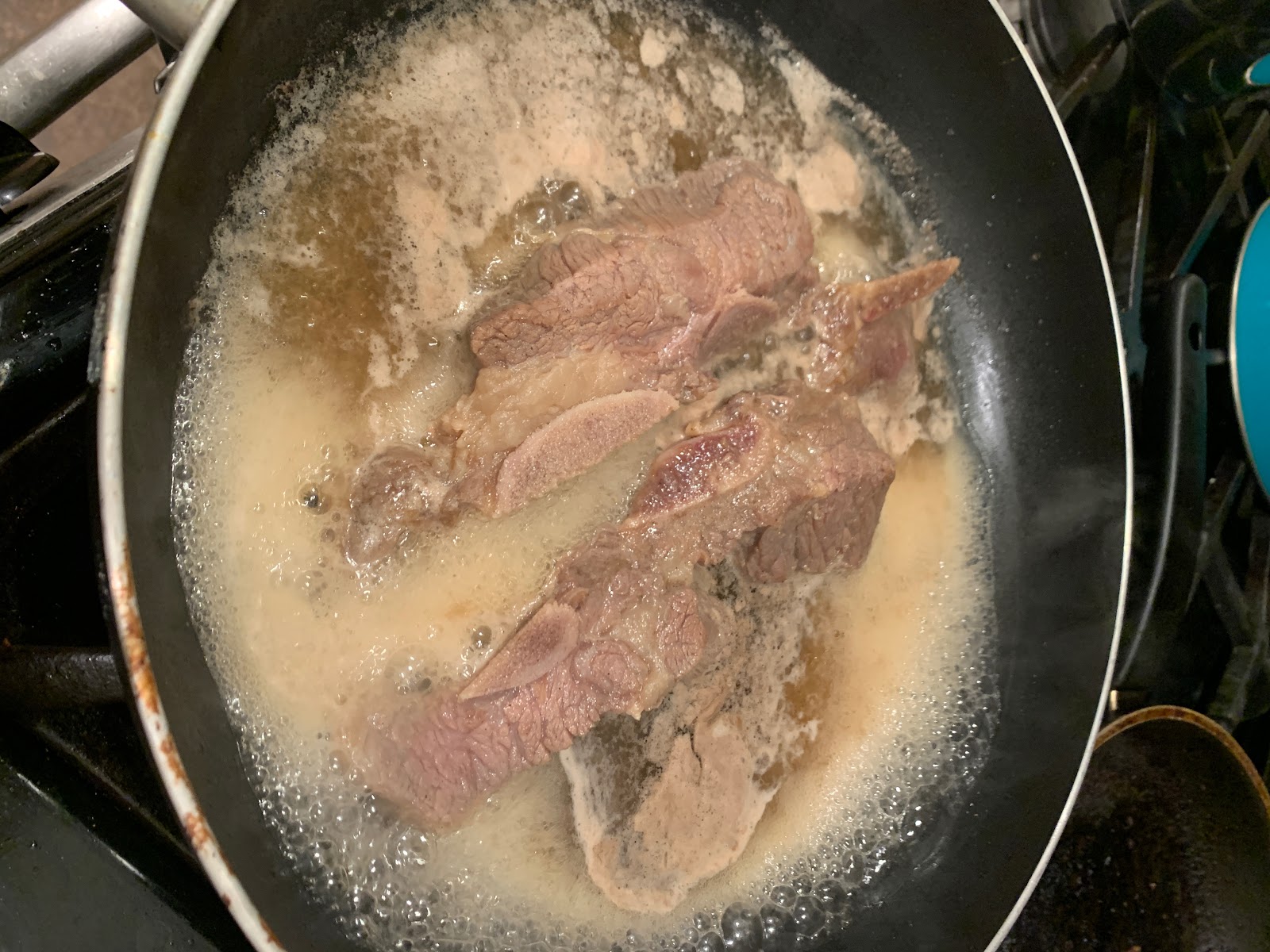 Korean BBQ marinade sauce that I prepared is made of soy sauce, fresh Asian pear juice, toasted sesame oil, crushed garlic, fresh ginger, brown sugar, and ground black pepper. I marinated lattice cut beef with the marinade overnight. Then I would grill and boil them at the same time by adding water, making sure the marinade wouldn't caramelize too much which would cause the meat to burn. 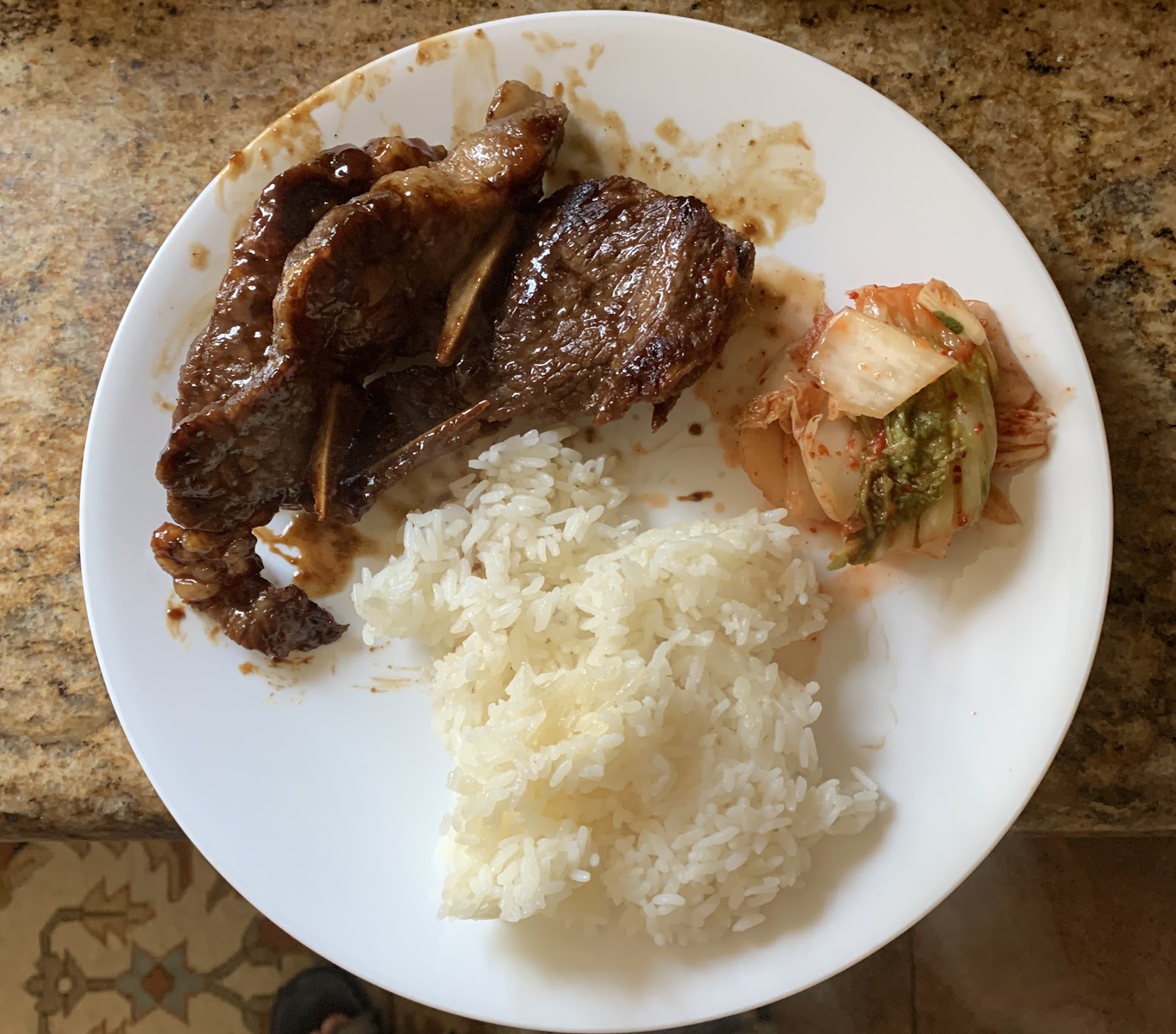 Once the meat is ready, I would prepare the plate with kimchi and rice. Beef, which is the essential component of this meal, has been considered a luxury in Korea for many years. It has only become possible recently that humans and even dogs have access to eating a cow, which has become possible from intensive animal farming that we are slowing realizing to be unethical. From this offering, I reflected on how we must be appreciative of all types of animals we consume and remain respectful. Hopefully one day, we could establish bonds with more animals so we can be more conscious of how we raise and distribute the animals we eat.