I'm so surprised that the class focuses on the Chinese zodiac, as a lot of Chinese people nowadays have already forgotten the purpose/ origins of these traditions. Being an international student from China, I have mixed cultural impacts within me but still during this research, I was able to learn so much about sheep and things that I didn't know about Chinese zodiac. It has always been interesting comparing and contrasting the differences between the backgrounds of these animal symbols.

In traditional Chinese culture, sheep is regarded as a kind of auspicious animal. People with a sheep characteristics are taken as full of kindness and benevolence as indicated by its Chinese pronunciation “yang”. In Chinese astrology, the image of “sheep” is described as peace-loving and harmonious nature, being helpful and trusting, but yet also be “clinging” and of a nature to resist changing. Back in my family, I remember my grandma always says my oldest cousin who has a sheep zodiac and the Eastern goat Chinese constellation manifests a quite typical submissive and mild personality for sheep people. The repetitive uses of the word ‘Yang’ (meaning sheep/ ram), Chinese have long had phrases such as 喜气洋洋 or 洋洋得意 where sheep is linked with the wish for good fortune and luck.

Top two: What everyone would see in China at the turning of the year: Chinese writing of '喜气洋洋‘, reads 'xi qi yang yang', which wishes for an overflowing sense of happiness and luck for the year of Yang.

Bottom two: cartoon images of sheep as a peace-loving and lucky symbol.

Western culture takes sheep as a creature for holy sacrifice and the cuboid bone of sheep can be used as fortune telling in many cultures. As can be traced back to biblical accounts, sheep plays a very important role as many prophets were shepherds. In the story of the binding of Issac, a ram was sacrificed as substitute for Issac on the altar. In many cultures, sheep flocks are taken as followers of the shepherd. As sheep are the most common livestock in traditional nomads, “Lost sheep”, “scapegoat”, are typical ideas in English when calling someone a sheep, may be suggesting a tendency to be timid and easily led, if not an outright stupidity. The images of sheep is also projected through many other cultural elements as well, such as in Bach’s famous aria, sheep can safely graze, where sheep were taken as symbols of peace and simple. 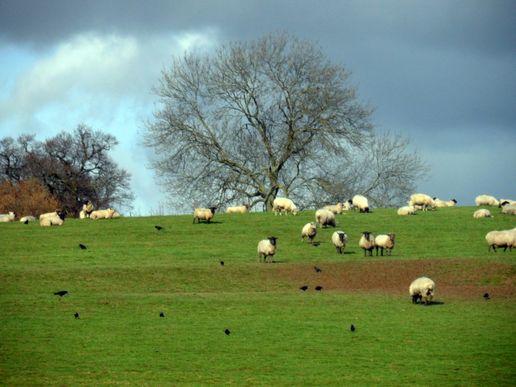 Astrologically speaking (I can’t stress how prevalent astrology/fortune-telling is in modern Chinese culture, which I found very strange about), Aries is first of the twelve constellations from Greek zodiac with a symbol  representing a ram’s horn. First became known from the Babylonian zodiac texts, Aries has three prominent stars forming an asterism, designated Alpha, Beta and Gamma Arietis form the head of the ram, which are also commonly used for navigation in winter nights. People born in the frame of Aries are supposed to fearlessly lead other people or impulsively initiate rather than following as Aries is the first of the twelve zodiacs. In traditional Chinese astrology, Aries was compartmentalized into several constellations. The brightest stars, formed a constellation called ‘Lou’, which is loosely translated as “bond”, “lasso” and “sickle”, which was associated with the ritual sacrifice of cattle. The constellation has also been associated with the harvest-time as it could represent a woman carry a basket of food on her head. I found it very interesting that, the Greek and Chinese astrologists seem to notice the same elements of the constellations but used them quite oppositely with different meanings assigned to it. 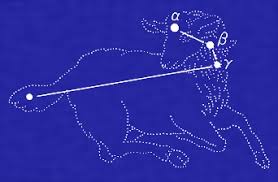 Constellation of Aries, with the brightest stars, alpha, beta and gamma as the ram's head.